10 Facts You May Not Know About Holy Thursday

Holy Thursday is the first day of the Triduum, which will end with the celebration of Easter.  The day calls to mind the Last Supper and the beginning of Christ’s passion. But do you know these less-common facts about the day?

1. It’s not just called ‘Holy Thursday’ – there are different names for the day all around the world 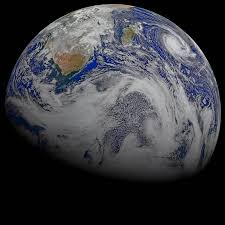 2. ‘Maundy’ comes from a Christ’s command to love that He gives at the last supper

‘Mandatum’ is found in the words of Christ, “Mandatum novum do vobis ut diligatis invicem sicut dilexi vos” – which means “A new commandment I give to you: That you love one another, as I have loved you.” Christ emphasizes this love by washing the feet of his disciples.

3. Both men and women can have their feet washed at the Holy Thursday Mass

In the Holy Thursday Mass, 12 parishioners have their feet washed by the priest to remember how Christ washed the feet of his disciples.

4. Washing feet and celebrating the Eucharist express a similar message

The washing of the feet and the sacrament of the Eucharist: two expressions of one and the same mystery of love entrusted to the disciples, so that, Jesus says, “as I have done… so also must you do” (John 13: 15).  – Saint Pope John Paul II.

5. In some countries, Holy Thursday is a public holiday

In Colombia, Coast Rica, Denmark, Iceland, Mexico, Norway, Paraguay, the Philippines, Spain, and Venezuela, Holy Thursday is a public holiday.  Up until 2012, civil servants in the UK were given half a day off from their work.  Depending on where you live in Germany, if you’re a public sector employee, you may have the day off, too!

6. There is a Holy Thursday tradition to visit seven churches.

The Seven Churches Visitation is a Catholic Lenten tradition that probably originated in Rome.  After the Holy Thursday Mass, Catholics visit seven churches to pray and adore the Eucharist in each church. If you want to start this tradition, there are no set prayers you have to pray at each church except to pray for the intentions of the Pope and say an Our Father, Hail Mary, and Glory Be.

7. The statue covers at Church can be changed to a different color for Holy Thursday

During the Passion Time, the statues in the Church may be covered in veils that are purple colors.  On Holy Thursday, the veils can be changed to a white color.

8.  In England, Queen Elizabeth will give away ‘Maundy Money’ to celebrate the day.

In the UK, the royal family offers alms to help elderly citizens.  One man and one woman receive the alms for each year that the king or queen has been alive. For Queen Elizabeth, that’s 90 men and women receiving help! The coins she will give are called Maundy money.

Queen Elizabeth will give each person two purses – one red and one white.  The red one will contain money, and the white purse has one penny for each year of the queen’s life.  The coins are specially minted just for that day and are called ‘Maundy coins.’

9. Holy Thursday celebrates the institution of the Eucharist and the Priesthood.

When the Mass on Holy Thursday is celebrated, Catholics recognize the day as the starting point for the sacraments of the Holy Eucharist and the priesthood.

“And when the hour had come, he reclined at table, and the twelve apostles with him. And he said to them, ‘I have greatly desired to eat this Passover with you before I suffer; for I say to you that I will eat of it no more, until it has been fulfilled in the kingdom of God.’ And having taken a cup, he gave thanks and said, ‘Take this and share it among you; for I say to you that I will not drink of the fruit of the vine, until the kingdom of God comes.’  And having taken bread, he gave thanks and broke, and gave it to them, saying, ‘This is my body, which is being given for you; do this in remembrance of me.’ In like manner he took also the cup after the supper, saying, ‘This cup is the new covenant in my blood, which shall be shed for you.”(Luke 22:14-20)

“If I then, your Lord and Teacher, have washed your feet, you also ought to wash one another’s feet. For I have given you an example, that you also should do as I have done to you” (John 13:14-15).

10. Mass on Holy Thursday is celebrated in the evening

Because the Mass on Holy Thursday commemorates the Last Supper, it is often celebrated at night.  On the night of Holy Thursday, Christ ate the Passover meal with his disciples, which would have been eaten at night.