13 Truth Bombs from Ratzinger and Pera’s “Without Roots”

On May 13, 2004 Joseph Cardinal Ratzinger addressed the Italian Senate on the current state of the West. In his analysis he addressed the issues of moral and cultural relativism, loss of religious identity and practice, and the spread of radical Islam, among others. Ratzinger, in his usual precision and expertise, diagnosed the West, specifically Europe, as incapable of “self-love.” The day before this address Marcello Pera, at that time president of the Italian Senate, presented a lecture at the Lateran Pontifical University on the very same topic, addressing the same issues with remarkable similarity to that of Cardinal Ratzinger. What is perhaps most impressive about this “coincidence” is the fact that Pera identifies as an agnostic (not buying it), yet is still able to arrive at the same truths Ratzinger (definitely not an agnostic) recognizes. After realizing the “coincidence” the two decided to correspond back and forth with a series of letters expanding on the issues addressed. The original lectures, as well as the letters were eventually compiled into a book: Without Roots: The West, Relativism, Christianity, Islam.

The questions posed and conclusions reached in this book, published some 10 years ago, are perhaps even more relevant now in the wake of the recent attacks and refugee crisis in Europe. Here are 13 truth bombs both men dropped that need to be heeded now more than ever. Read them. And then read Without Roots.

“Relativism has developed such an appetite for the foundations of other doctrines that, in the end, having devoured everything else, it becomes self destructive and devours itself.” – Pera

“Children, our future, are perceived as a threat to the present, as if they were taking something from our lives. Children are seen as a liability rather than as a source of hope.” – Ratzinger

“If relativism leads us to claim that there are no basic truths, then not even relativism can be the foundation of democracy…because democracy places at its very foundations the values of the individual, dignity, equality, and respect. Deny these values and you deny democracy.” – Pera

“The existence of values that cannot be modified by anyone is the true guarantee of our freedom and of human greatness.” – Ratzinger

“The notion of a relativistic Christian is oxymoronic; it leads not to dialogue but to apostasy.” – Pera

“There is one major restriction on freedom of speech, however: it cannot destroy the honor and dignity of another person. Lying or denying human rights is not freedom.” – Ratzinger

“In Christianity truth is not a process but a state, not a becoming but a being.” – Pera

“It is commendable that the West is trying to be more open, to be more understanding of the values of outsiders, but it has lost all capacity for self-love.” – Ratzinger

“Relativism has wreaked havoc, and it continues to act as a mirror and an echo chamber for the dark mood that has fallen over the West. It has paralyzed the West, when it is already disoriented and at a standstill, rendered it defenseless when it is already acquiescent, and confused it when it is already reluctant to rise to the challenge.” – Pera

“Being faithful to traditional values and to the knowledge that upholds them is labeled intolerance, and relativism becomes the required norm. I think it is vital that we oppose this imposition of a new pseudo-enlightenment, which threatens freedom of thought as well as freedom of religion.” – Ratzinger

“It is true that almost all of the achievements that we consider most laudable are derived from Christianity or were influenced by Christianity, by the message of God became Man.” – Pera

“A foul wind is blowing through Europe. I am referring to the idea that all we have to do is wait and our troubles will disappear by themselves, so that we can afford to be lenient even with people who threaten us, and that in the end, everything will work out for the best. This same wind blew through Munich in 1938.” – Pera

Check out the rest of the book HERE! 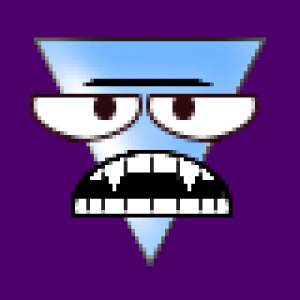 John Paul Manfredi is a husband, father, and theology teacher living in the Bay Area where he currently teaches at Marin Catholic College Preparatory. John Paul has a BA from Notre Dame de Namur University and an MA in theology from the University of Notre Dame. When not spending time with his family or teaching, John Paul enjoys reading Joseph Ratzinger and CS Lewis, Italian food, red wine, and coiffing his beard.