100th Anniversary: 8 Incredible Facts about Fatima You Should Probably Know

In 1917, Our Lady appeared to three shepherd children in Fatima.  She told them about the rosary, Christ’s love for them, and the Immaculate Heart. The children said Mary appeared to them six times between May and October of 1917.

Father Thomas McGlynn, a Dominican priest and sculpture, published a book about his knowledge of Fatima called Vision of Fatima. Father McGlynn has special insight into the apparitions – he worked directly with Sister Lucia to create the famous statue of Our Lady of Fatima. His new book is Vision of Fatima.

Here are eight facts about Fatima you should know!

1. You can gain an indulgence during the 100 year Fatima anniversary 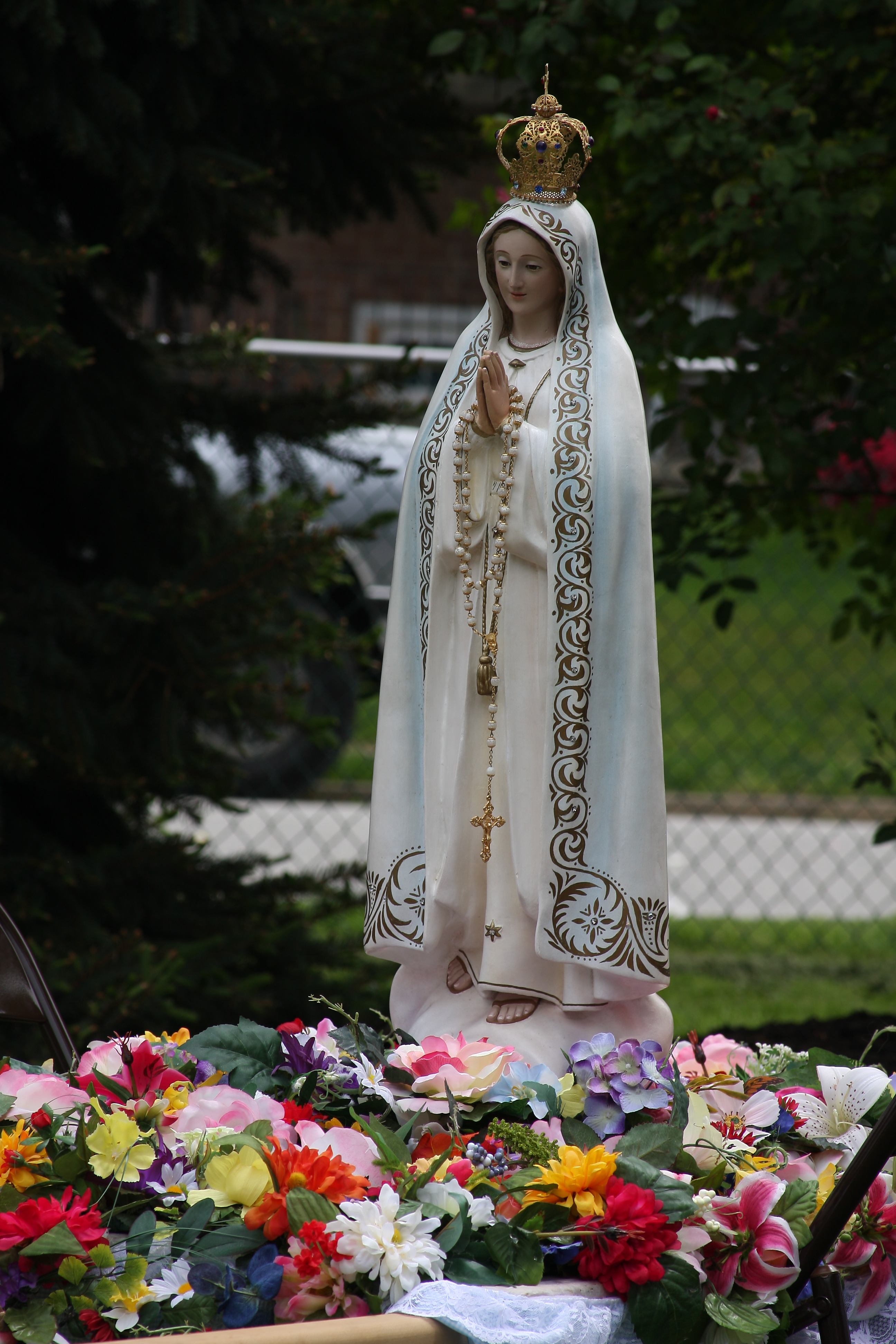 During the 100th year anniversary, Pope Francis has announced Catholics can gain a plenary indulgence.  The indulgence can be gained anytime between November 27, 2016 and November 26, 2017.

There are three ways you can gain the indulgence – make a pilgrimage to the Fatima shrine, pray in front of a statue of Our Lady of Fatima, or spiritually unite yourself to the days of the apparitions between May and October of 2017. You can read more about the details of the indulgence Pope Francis announced here.

2.  Catholics are not bound to believe in the visions at Fatima

On the 29th anniversary of Our Lady’s appearances in Fatima, Pope Pius XII gave a canonical coronation to an image of Our Lady in Fatima.  Eight years later, he gave the Sanctuary of Fatima the title of a minor basilica.

Although the Catholic Church approved of the apparitions of Fatima, Catholics are not bound to believe them.

Do you know what Catholics are free to believe or not? Check out this quiz and find out!

3.  The miracle of the sun was requested by Lucia to prove that the devil was not at work in the apparitions 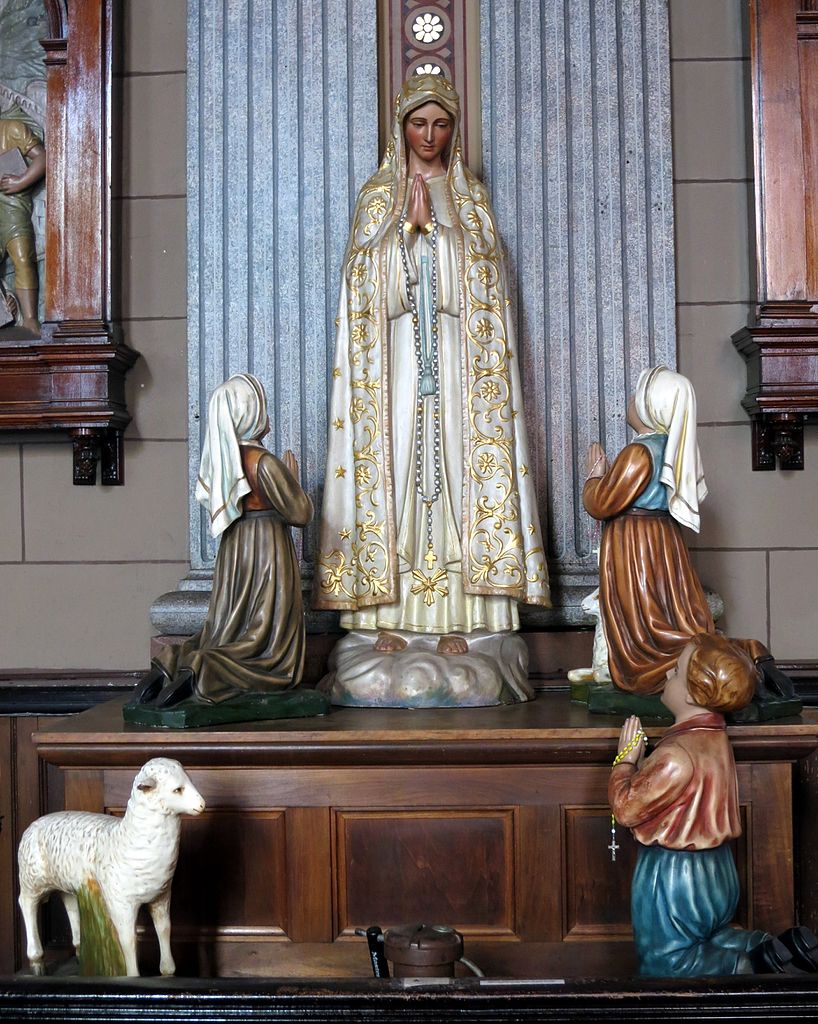 In his book, Father McGlynn writes, “The new incident convinced the [local] priest that the devil was at work. His opinion frightened Lucy. . .because of all this mental torment, Lucy asked the Lady in July to perform a miracle so that all would be convinced of the truth of the apparitions.  At the conclusion of the visit the crowd was informed of two things: that the Lady had told the children a “Secret”; and that she promised to work a miracle in October.”

4.   The chapel that Our Lady requested to be built in her honor in Fatima was destroyed in 1922

“A small chapel was built in 1919 at the place where the tree had been,” Father McGlynn wrote, “The devout had removed the branches of the tree for precious relics even before the last apparition.  This chapel was dynamited by anticlericals in 1922.  Soon afterward another was built in its place.”

5. The famous statue of Our Lady of Fatima was made under the direction of Sister Lucia – one of the children who Our Lady appeared to

Father McGlynn, the sculptor of the famous statue, writes in his book, Vision of Fatima, “Sr. Lucia insisted Our Lady’s hands be positioned just so, the tunic fall exactly the way she remembered, the star placed on the proper spot on the tunic, and the ball of light around her neck reaching almost to her waist. She would make corrections. . . and at times would even take one of the tools and make changes to his model.”

6. The world is consecrated to the Immaculate Heart of Mary

Father McGlynn writes, “On October 31, 1942, [the Holy Father] made a radio address to the Portuguese nation, speaking in Portuguese and participating in the closing ceremonies of the silver jubilee of the Fatima apparitions.  At the conclusion of his address, he made the Act of Consecration of the world to the Immaculate Heart.  He had solemnly renewed this act of consecration in St. Peter’s before College of Cardinals on December 8, 1942.  In 1942, as requested by Lucy, he had extended the feast of the Immaculate Heart to the Universal Church.”

This consecration was renewed by Saint Pope John Paul II in 1982, and again in 1984.

7.  The children at Fatima saw hell and we should take warning

“The three children of Fatima saw hell. The vision was not for their instruction or warning,  but for ours; the Blessed Virgin had assured them that they were going to be saved,” writes Father McGlynn, “The accent on hell is tremendous. It is the first part of the Secret of Fatima, it is the reason for all the rest of the revelations.  Our Lady went on to tell of temporal punishments that would be visited on the world if men did not amend their life. . . She came to tell us how to keep out of hell!”

8. Jacinta, one of the children who Our Lady appeared to, is an incorruptible 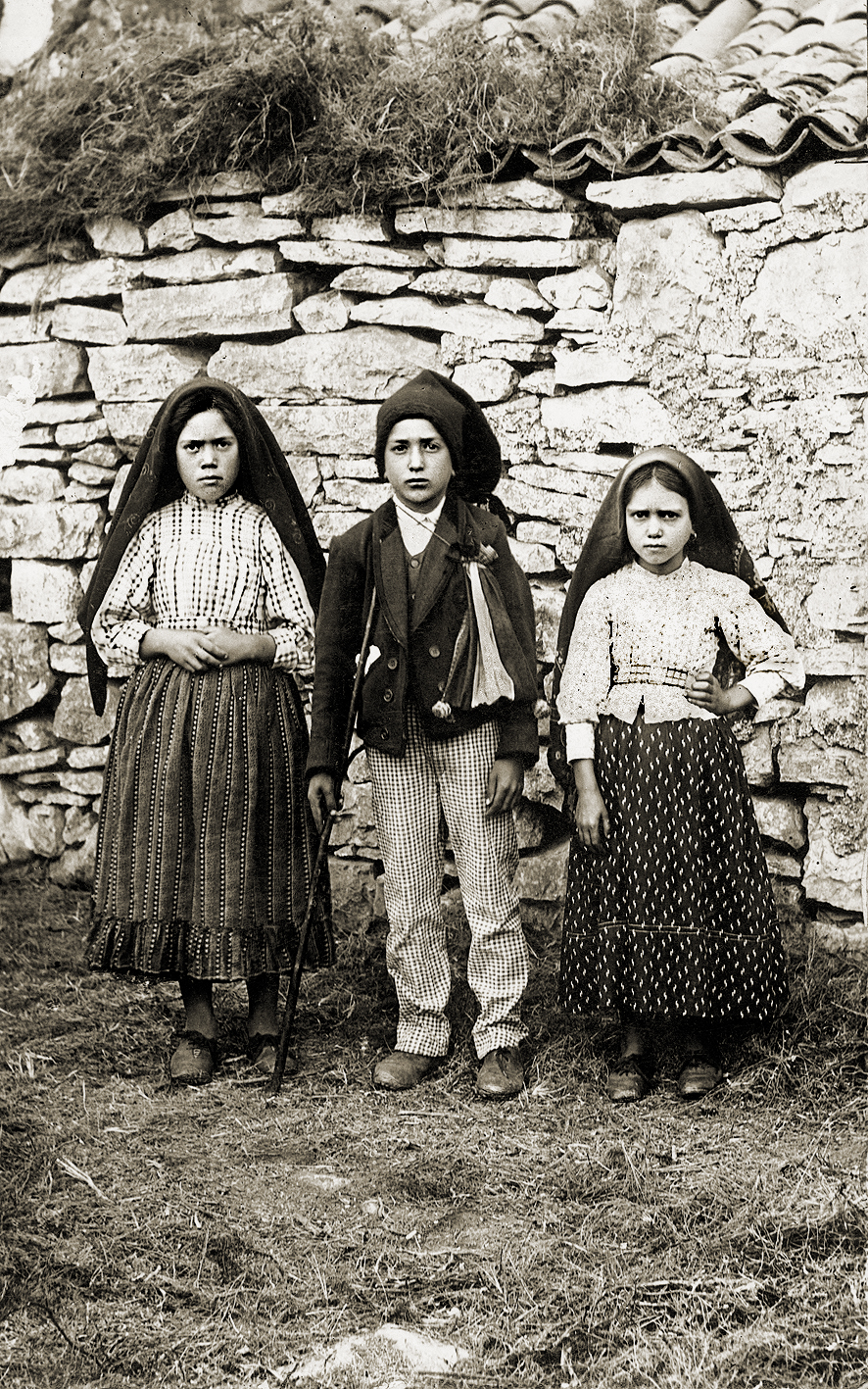 Our Lady had warned Jacinta that she would suffer for the love of God and the repentance of sinners.  She sacrificed the final moments of suffering from the Spanish Flu for God – and she died alone in a hospital, away from her family.

Her tomb was opened in 1935 and she was found to be an incorruptible. Her body is buried by her brother, Fransisco at the Cova di Iria, close to where Our Lady appeared to the children in 1917. Jacinta and Francisco are the youngest non-martyr children to be beatified. Saint Pope John Paul II made as special trip to Fatima in 2000 to beatify them.

Want to read more about the apparitions of Our Lady of Fatima? Check out Father Thomas McGlynn’s new book, Vision of Fatima, published by Sophia Institute Press! Father McGlynn was a Dominican priest and sculptor who worked with Sister Lucia to sculpt the famous statue of Our Lady of Fatima!