When he’s not suited up, River’s is a chastity speaker to teens, and has been featured on EWTN’s Life on the Rock in which he talks about his Catholic upbringing. Phillip has been married to his wife Tiffany for almost 15 years, and they have had seven children so far. Only 10 more until his children equal is jersey number!

No need to explain this man’s openness about his Christian lifestyle. Though his parents are well known for being staunchly anti-Catholic, he has not publically expressed his opinion about the Church. Based on his mostly-run-and-not-so-gun playing style, you will understand why I decided to put him in the backfield next to the QB. However, after spending the 2014 season training with Tom Brady’s QB coach, I will say I am impressed with Tim’s new throwing motion. Too bad the Eagles didn’t want him to stick around for the regular season.

For those who aren’t familiar with the Chastity Project, Jason Evert is a well known name among Catholic public speakers, and is good friends with Philip Rivers. He worked for Catholic Answers before focusing his efforts specifically on chastity for teens. Jason athleticism can be justified by his seasons on the baseball field while in college, and his stocky size (about 5’8”)* would make him a solid third down back.

Number 82 for the Seattle Seahawks is now in his third season as their Tight End. For each year he has been to the Super Bowl, he has an article about his strong Catholic faith published in the National Catholic Register. He studied philosophy at Rice University in Houston, TX and he is passionate about the Church’s philosophical and theological teaching.

While not a Catholic, Jason Witten lives out Christianity through charity and corporal works of mercy. In 2012, the Cowboys 8-time Pro Bowl Tight End won the Walter Payton man of the year award. In order to be nominated for this honorable award, the nominee must be an astonishing player on the field, as well as charitable man off the field by way of charity and volunteer work.

Even though most traditional Fantasy Football formats are limited to choosing single offensive players but an entire team’s defense, I wanted to choose individual players similar to the offense format.

It was such a shock to me when I heard that this Steelers veteran was retiring before the 2015 football season. Troy is not Catholic, however he is a strong Orthodox Christian who is not afraid to share inspiration from saints venerated in both the Catholic and Orthodox churches. Keep praying for unity with our eastern brothers. I wonder how Polamalu would react if he were invited to meet Pope Francis.

Saint John Paul the Great loved to hike and participate in outdoor activities of all sorts, even into his papacy, as he famously walked a path in the Rocky Mountains while Colorado was hosting the World Youth Day of 1993. He was also a great defender of the faith against communism and the culture of death.

Though John is no longer suited up in pads when he’s on the field, his playing days hail back to Miami University in Ohio where he was a Corner Back. John is very open about living the Catholic faith, as he arrived to a 2015 NFL Combine interview with ashes on his head from Ash Wednesday Mass. The Raven’s have a Mass held before every Sunday game for all of the Catholic Ravens players and faculty.

Not much is known about Saint Sebastian’s athletic prowess other than the fact that he was the head of the Roman Pretorian Guard, in which superior conditioning and strength is necessary. He also has quite the endurance, having been sentenced to death by capital punishment *twice* because he survived the first sentence. He helped and encouraged many captured Christians while they were imprisoned, and eventually made a great stand for the Faith by publically proclaiming he was a Christian.

The shocking reveal that Pope Francis was a nightclub bouncer before entering the seminary is my evidence that our current Pontif would be an excellent Middle Linebacker who could deliver an intimidating blow when someone would  come across the middle.

After being on the Super Bowl XLVII winning offense as the Center, Matt chose to not travel with the team to the White House to be greeted by President Obama out of protest to Obama’s strong support of abortion. Before his retirement, Birk has gotten flack from former Minnesota Vikings Kicker Chris Kluwe for defending the sanctity of marriage between one man and one woman. I put Matt as a defensive lineman for his great defense of the moral teachings of the Church.

More faithfuls coming from the Ravens, their kicker is honest about his play and his belief. Some athletes will make the sign of the cross before they begin to compete, but Tucker follows through every time and points to the sky thanking God for the opportunity to compete–regardless if he makes it through the uprights.

There’s no coaching position in fantasy football, but no one can talk about Catholicism and football without mentioning this historic football figure. Catholicism was a big part of Vince’s youth and adult life. He went to a school which prepares young men to discern the priesthood and enter the seminary. After discerning out, his love for the game led him to play college ball and eventually become the coaching legend he is today. His goals were to not only win games, but to push his players to be their very best as athletes and especially men. Nice to know that the most prestigious award an NFL team can win is named after a devout Catholic.
*I was privileged to meet Mr. Evert in person after attending a chastity talk of his at Colorado State University. He’s about my height, and I measure about 5’8″.

Check out the video version HERE! 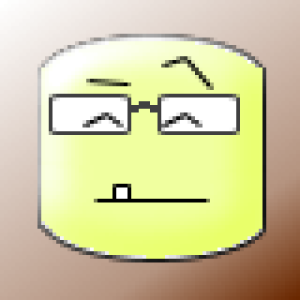