Celebrating the Life of a Stillborn Child: Seven Ways to Say Goodbye

In the late evening of June 30, 2016, Augusten Sebastian Mahfood stopped moving in his mother’s womb. A few hours later, the emergency room nurse at Mercy Hospital in St. Louis declared there to be no heartbeat. He was 33 weeks old from the time of his conception. This ultrasound photo, taken at 31 weeks, shows a healthy, living human person in his final trimester in his mother’s womb.

How to explain the grief?

A father’s grief is different from that of a mother’s but in no less profound ways. A mother has carried the child, felt him or her move in her womb and felt her body grow and change while a father has experienced all that only vicariously through her. While the father cannot directly share in all of that with the mother, he can share with her his emotional and spiritual joy over the life of the child and his emotional and spiritual grief over the child’s death.

The reason I know is not just from this one experience. Augusten was not our first child to die in the womb. We have had over the past fifteen years four others die between 8 and 12 weeks, and we privately named them and mourned their loss.

Augusten was our first child, however, to die late enough (that is, after 20 weeks) to be called a stillborn rather than a miscarriage. We had not only named him but had begun buying him clothes and furniture. After we learned of his death, our doctor induced labor, and Augusten was born at 9:55 PM on July 3, 2016, about seven weeks before his due date.

How does one say goodbye to a child who everyday gave us new joy and hope at the life we anticipated we would have with him? How does one thank God for such a beautiful gift when that gift is no longer with us in the way we expected he would be?

So, what to do next?

Some ways we’ve found to mourn:

1. Say a Prayer of Reception by God for a Child who is Stillborn

This kind of prayer may be said for children who die at any age, and we might add, “In Your mercy and love, forgive whatever sins he/she may have committed through human weakness,” for those who die after birth even though their sins will only be venial until the age of reason.

2. Hold a Naming Ceremony for the Child

Hold a naming ceremony for the child while you still have him or her with you using something like the Order for the Naming and Commendation of an Infant who Died Before Birth from the Archdiocese of St. Louis. A naming ceremony provides documentation of the child’s life and death and prepares the parents for the funeral.

3. Hold a funeral mass for the child

Invite family and friends and celebrate the life the child had with you and the eternal life we can reasonably hope the child has with God. Many miscarriages and stillbirths go unmourned in this way as did our four miscarried children. The mourning we experienced with each of those children was just as real but not liturgical. A liturgical celebration is an important way the child’s whole family can participate in that farewell experience.

4. Prepare the child for burial

Stephanie and I chose cremation and a tomb for Augusten. Some parents choose a casket and a grave. It is perfectly licit for Catholic parents to choose cremation as long as their doing so isn’t done with the intention of denying the resurrection of the body, an event in which Augusten and all other children who die before birth will also participate. Note the second urn – that’s a keepsake urn with just an ounce or so of Augusten’s ashes that Stephanie and I will keep in a special place in our home.

5. Hold a committal service at the cemetery

This is a key event given that out of the 26,000 or so stillbirths in the United States, only about a third are actually buried or entombed in a cemetery. The other 2/3rds are cremated at the hospital and have their ashes scattered in a common, though consecrated, burial grounds.

6. Entomb the cremains or the body in a place that is special to your family

Augusten’s final resting place is in the same mausoleum as my father, only one floor up. I now have two good reasons for bringing family to visit our loved ones at that cemetery.

On the day of his or her death, on the day he or she was due to be born, during holidays like Christmas and Easter, etc. As Mitch Albom writes in Tuesdays with Morrie, “Death ends a life, not a relationship.”

What are some ways in which you have said goodbye? Write them in the comments section below. 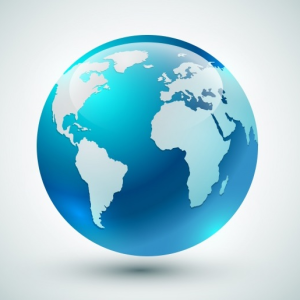 13 Nuns from One Convent Pass Away From COVID-19

You Can Live and Pray Like a Carmelite Without Living in a Monastery—Here’s How!

8 Pieces of Life Advice from St. Ignatius of Loyola

Why You Should Make a Home Altar—And How