After hearing about the Women’s March on Washington’s refusal to put pro-life groups in the program, these pro-choice feminists wanted to share a message with their pro-life counterpoints.

“Conduct yourselves wisely toward outsiders, making the most of the opportunity. Let your speech always be gracious, seasoned with salt, so that you know how you should respond to each one.”–Colossians 4:6

The official women’s march website states that WMW (Women’s March on Washington) “is for any person, regardless of gender or gender identity, who believes women’s rights are human rights.” If there’s anything pro-choice and pro-life feminists can agree on, it’s that equality, human rights, and human dignity are worth fighting for. That said, I think that it’s important not to minimize the lack of solidarity that people in the pro-choice camp may feel from their pro-life counterparts. If you believe that access to abortion and affordable contraception are women’s rights issues, you effectively believe that pro-life feminists are in favor of reversing those rights. Still, there are plenty of issues that we can come together on—pregnancy and parenting discrimination, violence against women, and women’s rights in the workplace, to name a few. For the issues that divide us, it seems that open dialogue is the best path forward.

Pro-life and pro-choice feminists deserve the mutual respect that comes with the support of one another. Feminism isn’t defined by any single issue, and when it turns into a selfish game of ‘my cause can beat up your cause,’ neither interpretation benefits in the larger sense.

If the goal of gender parity with fair, safe, and equal treatment in life remains the focus, I think most issues can be agreed upon. Healthcare access and education, time with newborn children, the opportunity for good jobs and fair pay when the get them- these aren’t radical divisive ideas. Most people can agree upon these issues when they aren’t dressed up and paraded around by fear mongers who are actively misrepresenting it.

Agreeing to disagree but having a better understanding of peoples’ feelings, beliefs and priorities is incredibly humanizing. It’s too easy to sidestep the nuances and to create this group, the “other” who is wrong and against us and our beliefs. It’s so important that we come together, talk, listen, provide each other empathy, and humanize those who disagree with us.

My hope is that most people who identify as feminists agree that there is no hierarchy to gender- that all people, regardless of gender identity, expression and sex are of equal value.

I am currently an English teacher in Japan. I’ve been here since July, so I watched the end of the election and its aftermath from afar. What’s become clearer to me at a distance is the need for more forceful, active unity on the political left.

Though I am pro-choice, I was disheartened to see the tone taken by the march organizers last week mostly for that reason–their exclusion of New Wave Feminists from sponsorship signified a divisive rift that the left not only doesn’t need, but can’t really afford right now. Were I in the States I would be happy to demonstrate alongside anti-abortion feminists because I think by and large they want the same things I want.

While I think some feminists do want to outlaw abortion, most acknowledge that doing so would be putting a bandaid on a cannonball wound. Without creating the kind of egalitarian society the left envisions, where people are free and secure and don’t have to make decisions out of financial or social desperation, abortions would continue, legal or not. So I think pro- and anti-abortion feminists are on the same page for the most part, that women have a right to self-determination alongside men and our goal is to build a society which guarantees that. Within that basic, justice-driven framework, there has to be room for diversity of ideas and respectful conversation about the best way forward.

I would like to see the march’s organizers use this as an opportunity to open a discussion between women of various perspectives. Any debate on women’s issues should primarily be had among women. The feminist movement needs to create space for the debates and dialogues that have so far been domineered by the patriarchy, and this incident is proof that that’s more important now than ever. 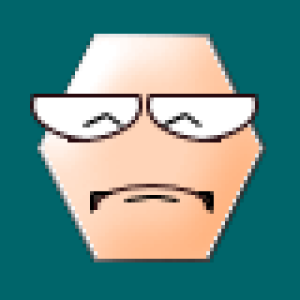