Our faith is always challenging us to look deeper and go “further up and further in.” No matter how much you may know, there are always more things to discover. That’s the beauty of investigation and discovery and if we are not learning each and every day, we are wasting our potential and not using our God-given intellects to relate to and see the great world around us.

2. Bing Crosby, famous not only for being one of the greatest entertainers of all time, but also for his devotion to his Catholic faith, is the grandfather of actress Denise Crosby who played Lt. Tasha Yar on Star Trek: The Next Generation

4. Catherine of Aragon, Henry VIII’s first wife, after she was forced into seclusion, hand-made and sewed priestly vestments until her death in 1536

5. Tom Cruise had considered becoming a priest before his acting career

Pray for him. Really. Do it now, please.

6. Blessed Pope Paul VI was the first pontiff to leave the European continent and was the most traveled pope until the globe-trotting travels of John Paul II

7. Though considered “Church Fathers” for their theological prowess and erudition, both Tertullian and Origen are not officially recognized as saints

9. Contrary to popular belief, Shaun McAfee is not a cradle-Catholic

10. The oldest church building in the the US/territory of the US is the Cathedral of San Juan Bautista in Puerto Rico. The original structure was built of wood in 1521. The current structure, built after a hurricane destroyed the first cathedral and with additions and updates over the centuries, dates from 1540 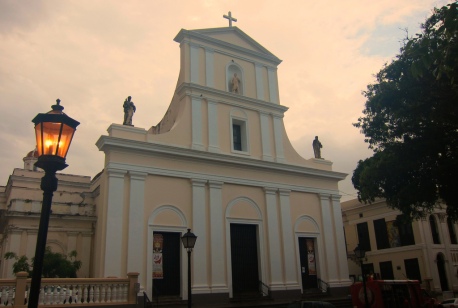 11. The Benedictines of Mary, Queen of Apostles, with their convent located in Gower, MO, have released an astonishing 8 musical albums sharing their beautiful voices with the world.

13. The original Carl’s Jr. burger chain, founded by Carl Karcher, a committed Catholic, always started company meetings with a prayer and the Pledge of Allegiance. This practice continues to today

14. The 1917 Code of Canon Law was the first comprehensive codification of Church law in one place. It was revised in 1983 and this revision remains in force today 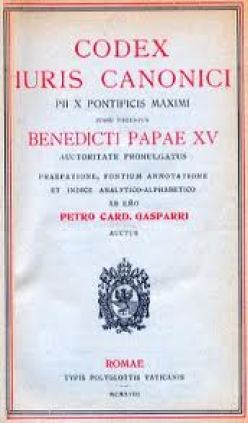 15. There are a total of 19 cardinals from the United States of America in the college

(8 of the American cardinals)

17. The largest mass in history occurred in 2015 when Pope Francis visited the Philippines. It is said there were over 6 million people in attendance

18. Ramon “Raymond” Llull, c. 1230-1315, was a Spanish Third Order Franciscan genius and mystic who invented what is considered to be the first computer in human history and is known as the “Father of Computer Science.” He was beatified in 1857

19. The blessed but not consecrated bread distributed after the divine liturgy in those Eastern rite churches using the Byzantine liturgy is known as antidoron or Ἀντίδωρον which translates to “instead of gifts.” The pieces come from the remaining portion of the prosphora or loaf of bread used to confect the Eucharist

21. The Eucharist has been to space. Astronaut Mike Hopkins was able to take 6 consecrated hosts with him while he was on the space station for 24 weeks in 2013

22. The oldest complete copy of the New Testament is found in the Codex Sinaiticus written over 1600 years ago

23. Thomas F. Wilson, also known as “Biff Tannen” from the Back to the Future trilogy, is also an accomplished musician and devout Catholic who has been associated with the Catholic Charismatic Renewal 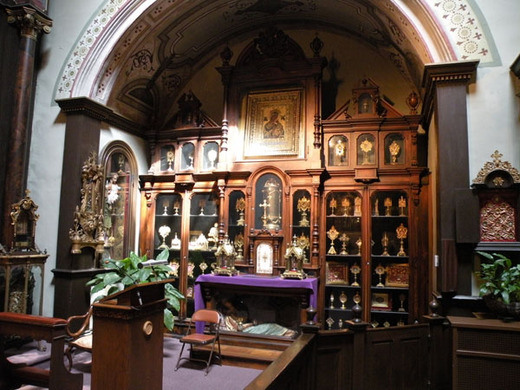 Matt Vander Vennet currently resides somewhere in central Illinois. Matt is a teaching fellow and doctoral candidate studying Church History at the Catholic University of America and is the advancement director for a local Catholic high school. Matt holds an M.A. from Holy Apostles College & Seminary and an M.Phil from CUA. Matt is married to a beautiful redhead named Liz and loves being daddy to their young daughter and son! He loves a good brew (NO IPAs!), the Green Bay Packers, & also plays guitar. Feel free to check out www.mattvandervennet.bandcamp.com.

Pope Francis Opens Palazzo Migliori to the Homeless of Rome

Candle-What? Why You Should Get Candles Blessed on February 2nd

6 Things I Learned About the Holy Trinity from Elementary Students

Catholic Twitter Responds to the Death of Kobe Bryant