The Vatican Has a New Spokesman from the U.S., and it Means BIG Things

By promoting Greg Burke, a veteran of the Vatican Press Office and journalism in Rome and around the world, Pope Francis has placed an American layperson in one of the most visible roles the Holy See has to offer.

Paloma Garcia Ovejero and Greg Burke with Pope Francis upon their appointments as deputy director and director of the Vatican Press Office, respectively

In reading about this appointment, it is clear that this sets many precedents throughout the world, but especially in our country. Let’s break down why Greg Burke’s new job has an effect on many throughout the globe:

As a member of the Catholic group Opus Dei, Burke has experience in highly conservative circles of the Church. Additionally, his credentials as a former Fox News correspondent certainly inform his view of the world and our Church. This appointment seems to play against the common perception that Pope Francis is moving toward a more liberal Church at the expense of conservative Catholics. Having a right-leaning Catholic in such a visible position offers a fresh lens on what has been skewed by media outlets as a pope straying away from the traditionalist view of faith. Burke is sure to remain faithful to the teachings and doctrine of the Church and to represent the Pope well to the rest of the world.

Burke’s appointment means big things for Americans as he is the first person from the States to hold the highest rank in the Vatican Press Office. Critics of Pope Francis often cite his lack of American colleagues in the Holy See as an offense to American Catholics; however, by promoting the St. Louis, Missouri native, these rumors may dispel. Opening the door to more Vatican higher-ups from the States could potentially shape the way this pope interacts with the U.S. and its extensive Catholic population. As Americans, we will now have a cultural representative at the Pope’s side, informing him  and sharing words from the top office. A previous projection of anti-American sentiments from the Pope is effectively eradicated by this opening, among other moves by the pontiff such as his visit to the U.S. in September 2015.

Traditionally, the top jobs in the Church has been made up of clergy. Bishops and cardinals have often been the primary facilitators of the doctrines and statures of the faith, seemingly at the expense of lay voices during major junctures in Church history. Burke’s new job begins what we may predict will be a declericiztion of the advisory and decision-making roles in Rome. There seems to be a renewed hope that the Holy See could be sustained by lay ecclesial ministers as representatives of the majority of our Church, meaning more and more well-formed lay men and women could be invited to careers in Vatican City. As unordained followers of Christ, we can look to Greg Burke, and his newly appointed deputy director of the Vatican Press Office, Paloma Garcia Ovejero, as jetsetters in this field.

An added benefit of this historic move is the elevated role of women in the Church. Paloma García Ovejero, a Spanish lay journalist, was named the deputy director of the Vatican Press Office, second only to Burke in this office of the Church. García Ovejero has been very humble in this appointment, claiming a victory, not merely for women, but for laypeople in general. Various news sources (National Catholic Reporter and The Washington Post) have discussed the importance of her promotion in particular, while García Ovejero herself has expressed gratitude at the position and feeling honored to be considered for such a role. She, along with Burke, certainly understands that their first priority in the Vatican Press Office is to serve the Church as journalists and representatives of Christ’s Body on earth.

More coverage of this papal decision can be found online at Crux and The Guardian, in addition to the previously linked articles. 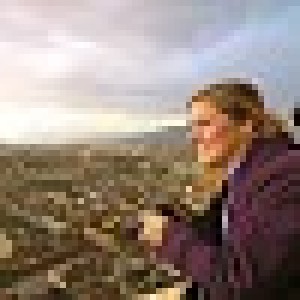 Sara is currently a graduate Theology student at the University of Notre Dame through the Echo program. She enjoys pizza, coffee, and arguing with her father about whether or not Jesus was Jewish (he was, for the record). If you know Cardinal Dolan, please contact Sara because she would love to be working for him come 2017.

Feast of St. Mark: One of the Best on the Calendar

Why Music Matters at Mass

4 Things Justin Martyr Teaches Us About The Roman Empire

5 Surprising Ways To Sanctify Your Sleep

This Holy Week Movie Will Capture Your kids Imagination (and Attention)

Forget the Easter Baskets? Here are Some Quick Ideas