If Ecumenical Councils Were Action Films

Beginning in the early fourth century, the Church was faced with theological discrepancies, and to confirm the true orthodox Faith ecumenical councils were born. Through its 1,690 year history of ecumenical councils, the Catholic Church has held 21 councils in various locations ranging from modern day Turkey to the motherland, Rome. Many people are unaware that some councils have ended not only creating schism, but death.

One verse from Scripture pops out at me, “Zeal for your house will consume me.” Now here’s some information on these councils and who would play who if they were made into Hollywood action films.

1. The First Council of Nicaea

Most of us are familiar with the story of St. Nicholas (aka Santa Claus) at the first Ecumenical Council in Nicaea. Story goes that St. Nicholas was so fed up with Arius – a vocal heretic – that he slapped him across the face as he shouted, “HERETIC!” This is the council where part of our creed was formed, and where the Church officially defined Jesus’ role in the Trinity.

The role of heretic Arius– Nicolas Cage.
The role of St. Nicholas–Liam Neeson.  As seen in the movie “Taken,” Neeson shows off a strong personality that is not comparable with old St. Nick, but sure reminds me of St. Nicholas when confronted with heretics.

Directed by…whoever did those Fast and Furious movies.

“I will find you, I will slap you and I will convert you.”

Although not an ecumenical council, the Second Council of Ephesus was meant to be ecumenical, but things so violent Pope St. Leo the Great called it the “Robber Council.” In A.D. 449 a council was convened by the Roman emperor, Theodosius II, to settle the conflict over the nature of Christ. The bishop of Alexandria, Dioscorus, led the council into ruin. He refused to read Pope Leo’s letter, which declared the orthodox view on Christ’s two natures, and he deposed the bishop of Constantinople, Flavian. The Alexandrian’s held the view that Christ had but one nature, while Constantinople and Rome believed that Christ had 2 natures. Picture this as an “East coast, West coast battle.”  Dioscorus sent an angry mob to kill Flavian, and they were successful a few days later when Flavian died due to his injuries.  This reminds me of a dramatic court room scene. You have Dioscorus accusing almost everyone of heresy and then the hit breaks out.

3. The Second Council of Nicaea

Convened in 787, this council is the last council accepted by both Roman Catholics and Orthodox Christians. Essentially, after this council there was a major rift between the West and the East. During the 8th century violence broke out when it came to the veneration of icons. Icons were used in the East not just as physical representations of Jesus, Mary and the saints, but they believed that icons were a window to Heaven and a direct way of prayer. This is the time when the iconoclasts were born.

Iconoclasts: Those who break/destroy icons.

They believed that people were no longer venerating icons but worshiping them. Using the commandment that “you shall not make for yourself a graven image,” the iconoclasts burned as many icons as they could. Churches were burned down and priceless pieces of art were gone.

I imagine an eastern church with an intricate icon screen. Icons of Jesus, Mary and the saints. Clergy men enter the church and begin tearing down all of the icons in sight. If we were to modernize the film a wrecking ball could be used, grant it Miley Cyrus isn’t on it causing even more sacrilege. Churches blackened from fires, beloved icons from early Christian times ruined forever and the faith of many shaken.

In the early 8th century A.D. Emperor Leo III completely forbade the veneration of icons. In addition to his hobby of stomping on precious art he also had the great idea to enforce the baptism of all Jews. During his attempt to eliminate the veneration of icons, both Pope Gregory II and Pope Gregory III got into fierce quarrels with the emperor. Pope Gregory II held councils to try to anathematize Leo, but Leo retaliated. Leo transferred the southern peninsula of Italy into the diocese of the Patriarch of Constantinople. So what does this mean? Battle between East and West is in full swing!

Emperor Leo III–Heath Ledger. (I’m thinking of the scene from The Dark Knight where he blows up the hospital)

We take for granted the clarity we have about our Faith. We recite the Creed every Sunday at Mass without knowing how much actually went into its construction. It wasn’t a one day kind of thing, but rather a 100 year kind of thing. These councils have served us much good and despite their rather unconventional beginnings, they have formed our Faith to what it is today.  What other councils and events in Church history would make for great action flicks? Leave your suggestions in the comments below! 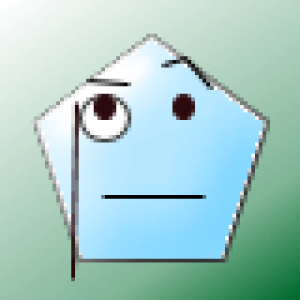 More Than A Finder of Lost Things: 8 Lesser Known Facts About St. Anthony of Padua

17 Saints to Sanctify Your Summer

15 Saint Names That Will Make You Do a Double Take

7 Ways to Honor Mary During Her Month

How Saint Rita of Cascia’s Story is Impossibly Beautiful

Let the Blessed Mother Replace Your Stress with Joy

Now Is the Time to Go Back to Mass!

Did You Know About These 7 Symbols of the Christian Faith?

Celebrating Pentecost Around the World