What I Do When I’m Struggling With Fiction

I’ve been a writer and scribbler since forever.  In high school, I wrote a column for the school paper called “Teetering on the Brink”.  Later, I was an English major and cranked out papers like there was no tomorrow.  After that, I became a Catholic and the Holy Spirit, like, instantly started driving me to write stuff about the Faith.

A lot of the work on Catholic teaching was kicked off by arguments with my old Protestant crowd.  I’m slow on my feet and kept thinking of that brilliant comeback I should have made–about five hours after the conversation.

So I started writing about the Catholic Faith, literally a couple of weeks after I was baptized and confirmed, not to be a “Catholic writer” but because it was how I worked through my own thinking and explained to myself (and the imaginary friend who was my audience) what the Church’s teaching meant, and how it fit into both what Scripture said and how the world worked.  I was, if you will, learning the Catholic map of the world through writing about it.

That project has been ongoing since the beginning of 1988 and I have learned a lot (though you can never really get to the end of it).  It comports with the way my mind works.  I enjoy reasonable – though not necessarily merely logical – ways of ordering things.  What’s the difference between the two?  Pascal’s remark that “the heart has reasons that Reason knows nothing of.”  To be sure, the Faith respects Reason. But it also knows that the world, and especially those pieces of the world called “people”, are strange and mysterious.

Chesterton observes that the world tends to zig just where we were sure it would zag.  We observe two arms, two legs, two eyes, two nostrils and so we predict two hearts–only to find there is one.  We try to tease out the pattern in things but find that its turns out to be weirder than we thought.  Who could have foreseen that space could bend, or that time could dilate, or that things at the quantum level are, well, bizarre enough that light is both a wave and a particle?

And above all who could have guessed that God could be one God in three Persons, or that he would take on human flesh and live as a peasant in a jerkwater town on the fringes of the Roman Empire and love us so much that he would allow our murder of him to be the means whereby he saved us?  Who would predict that this God would tell us to literally eat his flesh and drink his blood?

And yet, we find that it all corresponds to reality: to the weird way things are.

So for thirtyish years, I have spent my time learning about the Faith and then turning around and telling people about it because I love watching the lights come on in the eyes of my readers and listeners, just as I love it when the lights come on in my own mind.  Puzzling out what the Perpetual Virginity of Mary or a living wage has to do with the price of tea in China is always fascinating to me.  So I’ve written extensively about the Faith and have done so happily.

But here’s the thing: with the Faith, you are – very, very carefully – not making stuff up. Indeed, the whole point of writing about the Faith is to be as unoriginal as you can possibly be. My goal in writing about the Faith is not to invent but to hand on something as accurately as I can.  As I am fond of saying, the great thing about being Catholic is that you can plagiarize and call it “being faithful to the Tradition”.

But with fiction? Man! That’s hard. You aren’t just repeating (and translating) a Tradition you didn’t invent so that people can hear it and understand it. You are creating a world from whole cloth! People who never existed. Things that never happened. Things that could never happen.

To “shouldn’t” voices I say what Tolkien said in his great poem “Mythopoeia“:

The heart of Man is not compound of lies,
but draws some wisdom from the only Wise,
and still recalls him. Though now long estranged,
Man is not wholly lost nor wholly changed.
Dis-graced he may be, yet is not dethroned,
and keeps the rags of lordship once he owned,
his world-dominion by creative act:
not his to worship the great Artefact,
Man, Sub-creator, the refracted light
through whom is splintered from a single White
to many hues, and endlessly combined
in living shapes that move from mind to mind.
Though all the crannies of the world we filled
with Elves and Goblins, though we dared to build
Gods and their houses out of dark and light,
and sowed the seed of dragons, ’twas our right
(used or misused). The right has not decayed.
We make still by the law in which we’re made.

To the “can’t” voice I reply in Chesterton’s words: “If a thing’s worth doing, it’s worth doing badly.”  My tale may turn out to be terrible but, as Chesterton add, “Even a bad shot is dignified when he accepts a challenge to a duel.”  God willing and the crick don’t rise we’ll see what becomes of this new world that I am tasked, not to map, but to create.  It’s my honor as a sub-creator made in the image and likeness of the Creator to give it a whack. 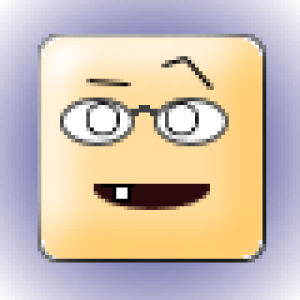 Mark P. Shea is a popular Catholic writer and speaker. The author of numerous books, his most recent work is The Work of Mercy (Servant) and The Heart of Catholic Prayer (Our Sunday Visitor). Mark contributes numerous articles to many magazines, including his popular column â€œConnecting the Dotsâ€ for the National Catholic Register. Mark is known nationally for his one minute â€œWords of Encouragementâ€ on Catholic radio. He also maintains the Catholic and Enjoying It blog. He lives in Washington state with his wife, Janet, and their four sons.