Why the Immaculate Conception is During Advent

Why is Mary’s Immaculate Conception during Advent each year?

Many incorrectly believe that the Church’s celebration of the Immaculate Conception was Jesus’s conception, but that we celebrate it 17 days before Christmas should clue everyone in that it’s not (that would be an Immaculate Gestation!).

The Immaculate Conception is 8 December each year. Now put this together: in case you didn’t notice, Mary’s traditional birth is dated 8 September. It’s been celebrated on this date for nearly 15 centuries, but did you do the math? You have to remember that the Catholic liturgical calendar starts in Advent, and that even if two days come after each other in the regular calendar, it doesn’t mean they’re supposed to be reflected this way according to the Church. The Church sets the Immaculate Conception no later than the first week of Advent, and then exactly nine months later comes her birthday. The fact that her birth is in the very beginning of the year is significantly appropriate because it was with her conception that Salvation through Christ was initiated.

But maybe you already knew that! Either way, here are some other beautiful facts about this Holy Day:

We can find the feast day celebrated in the Church as far back as the 8th Century, but before then, it wasn’t celebrated by the entire Church. Pope Pius IX clarified the feast, stating:

The Blessed Virgin Mary, in the first instant of her conception, by a singular grace and privilege of Almighty God, and in view of the foreseen merits of Jesus Christ, the savior of the human race, was preserved free from all stain of original sin. 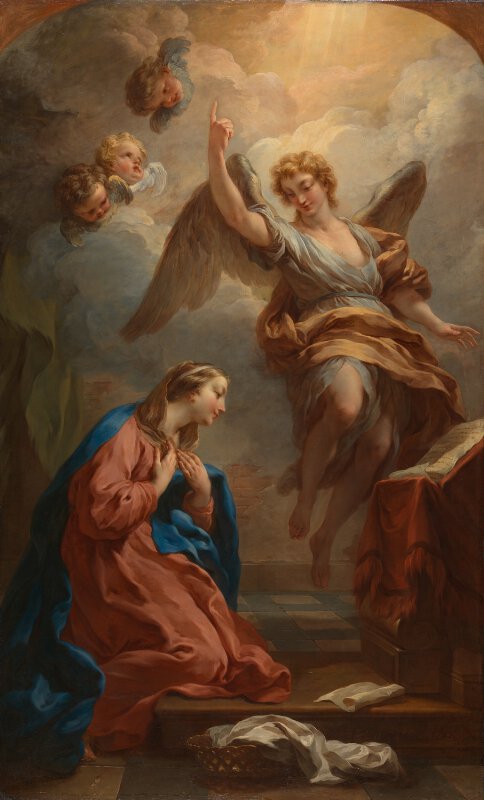 From the words of the Angel Gabriel, “Hail, full of grace”. This means Mary will filled with grace and without sin. If she wasn’t saved from the moment of conception, this could not be true.

Confirmation by Mary herself

In 1830, the Blessed Virgin Mary appeared to St. Catherine Labouré, giving her the image to place on the Miraculous Medal, with the words, “O Mary, conceived without sin, pray for us who have recourse to thee.” The Blessed Mother also appeared to St. Bernadette Soubirous at Lourdes, identifying herself as the “Immaculate Conception,” a word the young peasant girl didn’t even understand what meant until she told her priest!

What does it mean?

While we are saved by Jesus’ work upon the Cross, Mary was saved from the moment of her conception. Dr. Edward Sri explained it this way. If a child was playing on the top of a washer, fell in, and the parent saved him, he was saved after he fell. But if a child was playing on top of the washer and was caught before she fell in, she was still saved, but before the fall. Therefore, Mary is saved just as we are saved, she was just saved before she sinned, where we are saved after we sinned.

Act of Entrustment to the Blessed Virgin by St. Pope John Paul II

In a period during which the struggle between good and evil, between the prince of darkness and the Father of light and of evangelical love is becoming greater, may the light of your Immaculate Conception show to all the way of grace and salvation. Amen.

Immaculate Mary, Pray for us!