G.K. Chesterton wrote, “It is the test of a good religion whether you can joke about it.” The Catholic Church has survived for 2,000 years because of the guidance of the Holy Spirit and the ability to not be too severe and rigid. It has opportunities for joy and laughter. Catholic Card Game is a fruit of such balance found in Catholicism.

Gameplay is similar to Cards Against Humanity or Apple to Apples. Players take turns acting a judge while the others playing white cards that fill in the blanks on the yellow card. For example, one yellow card I played stated, “I saw visions of _______ after _______.  The winning card filled in the blanks with “Circumcision” and “Constantly being pregnant.” Ouch. But funny nonetheless!

Judge not, lest you be judged

One of the details I pay attention to with all games is how the first player is determined. I absolutely love how Catholic Card Game choose to do this! The player who has most recently received the Sacrament of Confession is the first Judge. The instructions go on to solve the issue if no player remembers who most recently went to Confession: don’t play the game until you all have received the sacrament. While it’s a funny way to begin, in all seriousness you probably shouldn’t be playing (any) the game if it’s been a long time since you confessed your sins.

The Judge selects the white card that best completes the yellow card. This can be based on humor or if the card most accurately fills in the blanks. The player who won the round keeps the white card in front of them and the games ends when someone gets seven (no surprise there!) points.

Capturing the joy and history of Catholicism

I found this to be a fun and intellectually stimulating game. It’s an excellent clean alternative to Cards Against Humanity. Gameplay is fast-paced. It is the perfect game to play when you have small windows of time: my youngest kid doesn’t nap too long anymore. The compact box makes it the perfect travel game. It’s like “Saint Thomas Aquinas meets Saint Philip Neri”. You will learn a lot about the faith and fall over laughing! Highly recommend Catholic Card Game.

P.S. Maybe it was how I shuffled the cards but I encountered a plethora of references to Abraham, circumcision, and Isaac’s Binding. He is the Father of our faith and God did promise descendants as numerous as the stars. Maybe the promises extended to references in Catholic games, too. 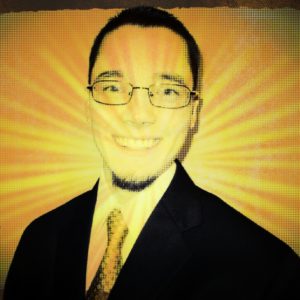