4 Practical Jokes of the Saints That Are Still Funny Today

The saints- pious persons of perfection whose constant self-denial and perseverance in prayer led them to the highest heights of heaven. The more serious, the higher their holiness. The greater they fasted, the bigger their crown. The greater their aversion to recreation and free time, the more opportunity they had to study and pray

Some of the Saints were actually, kinda… hilarious.

Here are a few practical jokes that would surely made every researcher on their cause for canonization laugh out loud.

Saint Philip Neri is the king of practical jokesters. Aside from showing up to the house of one of his parishioners with half of his beard shaved off, Philip also took the liberty of adding humor to his homilies. Once, when a scholarly Bishop who was used to the stoic seriousness of his office attended Philip’s mass. To lighten the ambiance, Philip committed every possible error in pronunciation during that homily. The crowd wasn’t sure if they should laugh or remain silent. Philip himself likely laughed for days after the mass, but maintained his mispronouncing character throughout the entire sermon.

Saint Scholastica is the twin sister of Saint Benedict, founder of the Benedictine Order. They had the custom of visiting each other once a year in which they would spend one whole day together glorifying God in prayer and adoration. They would share meals and converse about the joys that awaited them in heaven.

On one visit, Benedict was finishing his dinner and readying himself to head back to his monastery. It was clear night with no clouds, only stars and moonlight filled the air. Scholastic stopped him and said,  “I beg you. Do not leave me this night so that we may talk until morning more about the joys of heavenly life.” But he responded, “What are you talking about, my sister? Under no circumstances can I stay outside my cell.”

Upon hearing her bother’s refusal, she leaned her head into her hands in prayer, prostrate on the dinner table. According to legend, when she lifted her head, “there broke forth such powerful lightning and thunder and such a flood of rain that neither the venerable Benedict nor the brothers with him could set foot outside the door of the place where they were sitting.”

Benedict then told her, “May God have mercy on you, my sister. Why have you done this?”

And she replied to him: “See, I asked you, and you would not listen to me. So I asked my Lord, and he has listened to me. Now then, go, if you can. Leave me, and go back to the monastery.”

Needless to say, the weather didn’t get any better. Benedict remained with his sister for the remainder of the night and Scholastica scored a million Catholic practical joke points with the assistance of God the Father.

Saint John Bosco was a restless servant of God. He had a zeal for souls, especially for youth, that led him to master many “unpriestly” skills such as juggling, acrobatics, and magic tricks. His reputation grew among the young boys in Turin, Italy where he taught them, lived with them, and helped them lead happier, holier lives. His methods were a bit unorthodox, which led a few of his fellow priests to recommend John to the insane asylum.

When the priests came for him with horse and carriage, John Bosco knew of their intentions. He politely waited as the two priests entered into the carriage. When it was his turn to step up, he slammed the door, slapped the horse and yelled to the carriage drive, “To the asylum! They’re expected!”

Saint Christina was a devoted  woman whose heart for the lame and destitute brought her to extreme servitude. At the age of 21, she suffered from an intense seizure that left her in the clutches of death. It wasn’t long after that her soul departed from her body and the people of her hometown of St. Trond, Belgium, commenced with her funeral.

While her body laid motionless in the coffin, it began to levitate. Higher and higher it flew until it touched the ceiling of the Church. To the amazement of all, the priest ordered Christina to return to its coffin, which it did out of obedience to his authority.

As soon her body found its place, she woke up fully alive and with more zeal to serve God through prayer and fasting than ever before. She later told the people that the reason she levitated was so that she could escape the foul smell of their sins.

She spent the rest of her life praying an fasting for the remission of those sins. She died when she was 74 years old. She probably smells really good in heaven.

You, too, can be a funny Catholic

The saints all start out with the same stuff we are made of. The only difference between us and them is that they chose to follow God’s will at every moment of their lives. Through Him, their piety, prayer, fasting, and yes, even their humor, were magnified into something greater.

So, why so serious? 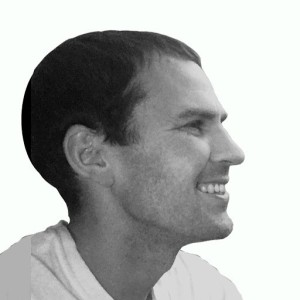