Saints Who Would Have Completely Rocked the Olympics

Although these saints wouldn’t have been on Team USA, they would have rocked the Olympics for their country!

St. Sebastian would have totally rocked archery. He had arrows shot at him and left for dead, but was nursed back to health when he was found alive by Irene of Rome. He is also the patron saint of all athletes.

Look at those thighs. Stories say that while Christopher was becoming a Christian, he offered to help travelers cross a river (he was a big, tall man, and could easily cross the river, whereas others found it difficult). He was carrying a child across and noticed the child became extremely heavy. He made it across and he asked the child why he was so heavy. The child responded that he was Christ and as Christopher carried him, he also carried the whole weight of the world upon his shoulders. Therefore, I think he would do extremely well at the weightlifting events.

Giorgio loved going mountain climbing with his friends, but he may have to wait till the 2020 Olympics to compete in this event (on the short list of events for the Olympics in Tokyo). For this coming year, I think he would do best in the running events. He would donate his bus money to the poor and run everywhere instead.

This man would give Michael Phelps a tough time in the water. He is said to have out swam the Muslims during the Crusades – in their ships! He escaped prison with the intersession of St. Mary Magdalene and he swam all the way back to France to evade capture.

Another athlete for team Italy, he is often depicted riding a horse and giving a poor man a portion of his cape. He would take home the gold with his equestrian skills of cutting his cape for the beggar while mounted on his horse without cutting himself, the horse or the beggar standing so close.

This is the place where Mary had saved Count Ghisallo while being robbed. A church was built in honor of this miracle and is high upon a hill where cyclists would ride by. It became a place for them to stop, rest and pray. Because of the number of cyclists visiting, it has become both a shrine to Mary and a cycling museum. Now, if only I could find a image of Mary upon a bicycle! Anyone good with Photoshop?

St. Brendan the Navigator would have been the best at the 8 man with coxswain event! “The coxswain is responsible for steering the boat, and coordinating the power and rhythm of the rowers. In some capacities, the coxswain is responsible for implementing the training regimen prescribed by a team’s coach during practice (source: Wikipedia).” Brendan is believed to have navigated across the Atlantic 500 years before Columbus and visited America, before returning to Ireland.

The man loved to ski! St. Pope John Paul II would have totally rocked the slopes in the winter Olympics in cross country skiing. He did more than just cross country, he traveled almost 800,000 miles during his papacy! Talk about endurance, whew! 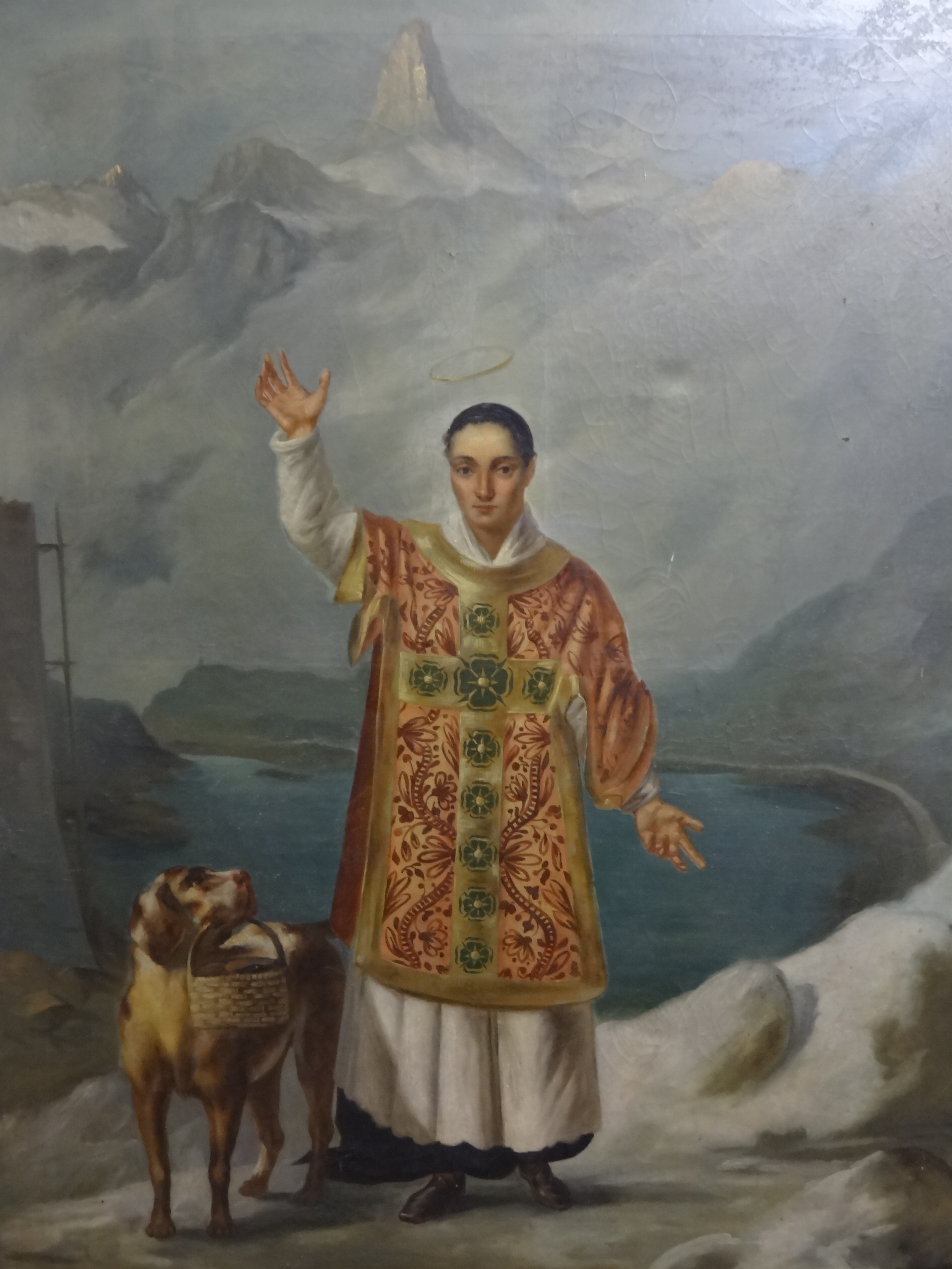 I’m thinking this man would be awesome at the alpine skiing, ski jumping or even freestyle skiing. He jumped out the window the night before he was to be married by arranged marriage, and caught by angels who lowered him 40 feet to safety (see no fear of heights or falling). He became a priest and traveled all year round preaching to the pagans on the Alps. No wonder he is the patron of skiers. (And yes, the dog is named after him, so cool)!

Poor girl, she wouldn’t have won the gold, but she could have been a star. When she was 15 she fell while ice skating and broke a rib, and never really recovered from the fall. Although, she might not have been able to skate, her heart never left the ice. She would be a wonderful mentor and coach for the Holland ice skate team.

Do you know of any other saints who would have rocked the Olympics? Post your favorite saints below and why they would have claimed the gold!