Hipsters are everywhere, even in the Catholic Church. Heck, especially within the Catholic Church! Have you ever thought about whether you could consider yourself a hipster or not? Well, the Epic Pew family has outlined five criteria to allow you to discern your level of hipster.

1. You carry a rosary blessed by JPII or Benedict XVI (or another previous Pope) around in your pocket.

Not that Pope Francis isn’t great, but you prefer to pray with and use old-school-Papal blessed objects like a Pope bottle opener.

2. You only drink monk-brewed beer.

The monks of Europe (and now Spencer, Massachusetts) make some of the best, no THE BEST,  beers in the world. Why would anyone drink anything else?

3. You attempt to find and discuss theology in all things, including the Mad Men series finale.

Don Draper finds peace through a moment of meditation but what does it all mean?! Why didn’t he realize how loved he was before he ruined his life several times over? Why didn’t all the characters of Mad Men see their inherit dignity before?

4. You only go to Mass at really old churches because you claim, “They just don’t make them like they used to.”

Churches built post-Vatican II have a certain modern feel to them that doesn’t allow you to enter into proper worships so you prefer to attend Mass at churches such as the Duomo of Milan which was started in 1386 but not yet finished until 1965. Every church should take 600+ years to build.

5. You have numerous religious sister, brother and priest friends and think nothing of it.

What? Doesn’t everyone have 15 priest numbers and 5 or more religious in their iPhone address book?

Some might apply to you and you might have some additions, but we can all agree that there is a common sense of Tradition and history within the Catholic Church that deserves our attention, study and recognition. Share with us how you think you are a Hipster Catholic. 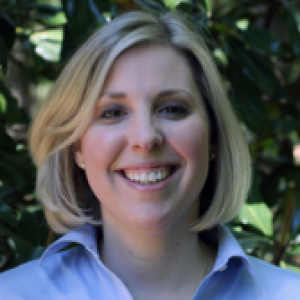 Born and raised in the Atlanta area, Sarah Vabulas graduated from Saint Maryâ€™s College at Notre Dame with a degree in Communications and a minor in Religious Studies. She worked for a Congressman in the United States House of Representatives for 3 years before realizing she could turn her social media addiction into a paying career. She works in the digital marketing software industry now, but after hours sheâ€™s a Catholic geek, homebrewer and beer connoisseur at Catholic Drinkie, where she blogs about living as a faithful young adult Catholic and about her pursuit for the perfect homebrewed beer. Sarah authored "The Catholic Drinkie's Guide to Homebrewed Evangelism" published by Liguori Publications in June 2015. She dreams of one day having a beer with the Pope or Cardinal Timothy Dolan.