The 20 Types of People You’ll Meet at Mass–Which One Are You?

If you attend mass regularly (and hopefully you already do, at least every Sunday and on holy days of obligation), chances are you know exactly who each of these people are. In fact, you (and I) are easily one of them. But remember – we are laughing with each other here. After all, the most important thing is that we are in mass at all. So, without further ado: Which type of mass attendee are you?

After Communion Alex leaves right after Communion. No final blessing for him. No recessional hymn is in his future. His foot is on that gas pedal heading down Church Lane at least twenty seconds before Father even finishes collecting all the patins from the extraordinary Eucharistic ministers. Despite misconceptions, After Communion Alex does not actually race out of mass – he always seems to be taking his time, but he vanishes as casually, yet gradually, as a puff of incense smoke departing the thurifer. No one ever really knows why After Communion Alex needs to leave so early, but it is rumored that it is so that he can catch what happens next in Sacrosanctum Concilium.

The Priest Groupie *always* has to see Father – no matter who the celebrant was – to talk to him about something after mass. It might be to ask Father to bless a new sacramental from EWTN’s Religious Catalogue, or perhaps to get his opinion on the latest gossip out of the Vatican. Although Father can sometimes seem exasperated when the Priest Groupie approaches, he actually enjoys many of the conversations. The Priest Groupie is the opposite of Randy the Rusher.

Guzzling Gary has a Communion problem. No, not a problem with Communion – in fact, quite the opposite. You do not want to be behind Guzzling Gary in the line to receive the Precious Blood. No matter how much is left in the chalice, he will finish it, leaving none for the other parishioners behind him. Father has the same perception of Guzzling Gary as he does of the Priest Groupie.

You always know what team Jersey Justin is rootin’ for on the big day. Jersey Justin is occasionally surprised when his athletic wear attracts the attention of his fellow parishioners. The Starer always has Jersey Justin in her sights (as long as an infant is not whimpering nearby – see below). Jersey Justin is often the third person out of mass, in quick succession behind After Communion Alex and Randy the Rusher.

Randy the Rusher is the first person out of mass (technically the second, at least following After Communion Alex). Like a freight engine through a delicate spiderweb spun across the train tracks, Randy the Rusher is outta there. No kind glances or even sheepish waves here. As soon as the first chord at the downbeat of the recessional hymn strikes Randy the Rusher’s eardrums, he makes his exit down the main aisle, leaving a turbulent shockwave that sends Father’s chasuble billowing and that causes the prayer intention candles near the church exit doors to flicker in the ensuing gale-force winds. Randy the Rusher should not be confused with After Communion Alex. 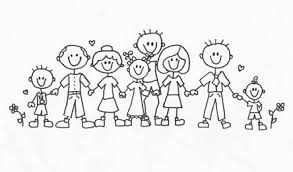 The Perfect Parkers are *that* family. They have twenty-five children, and have to take two Super Shuttle-sized vans to get to mass. They are dressed to the nines and have statuesque piety during mass. Approximately one-half of the Perfect Parker children will enter religious life or the priesthood. People want to dislike the Perfect Parkers, but they are genuinely SO. DANG. NICE. In addition to their outward perfection, they are likewise never judgmental (see, by comparison, “the Non-Nun”). The Perfect Parkers are the antithesis of the Chaotic Campbells.

Bless their hearts. Please have mercy on the Chaotic Campbells. They really are trying. Look past the mismatched shoes (of the parents, not the kids [the kids’ shoes fell off in the parking lot]), Cheerios in the plastic bags, screaming fits, and an 11:03 arrival for the 10:00 a.m. mass because they forgot about Daylight Saving Time… and would have been three minutes late anyway. The Chaotic Campbells sit a few pews behind the Perfect Parkers, and for good reason: at the end of a long, nerve-rattling mass, you can only tolerate a hard plastic toy flung across the main aisle (and landing in the seat that had been occupied by After Communion Alex, who had at least already left by that time), a dirty diaper that fell off, AND a ripped missalette – all within two seconds – for so long. The Chaotic Campbells are the arch-nemeses of “the Starer.”

Oh, boy. You know the one. The Starer begins every mass with a pseudo-smile on her face. The smile and accompanying serene visage will remain as long as she is sitting near the Perfect Parkers. But that smile turns into a furrowed brow if the Chaotic Campbells sit anywhere near her. Some may think that the Starer is overly judgmental (not nearly as much as the “Non-Nun” – coming up), but she is somewhat misunderstood: yes, she is judgmental, but her true dilemma rests with her inability to mask her emotions. If a child so much as whimpers a football field-length away, on the other side of the church, the Starer’s neck will gyrate relentlessly until her retinas find the poor brute. (Others in the same congregation heard the same whimper, but they have a better time letting it go and moving on.) The Starer occasionally sighs, or mumbles under her breath. The Starer LOVES the Perfect Parkers, the only reliable recipients of her conditional smile as mass progresses. The Starer is the opposite of Nice Lady.

Nice Lady is the glue that holds a congregation together. Every parish throughout the 2,000-year history of Catholicism that has ever survived has had a steady succession of Nice Ladies. Nice Lady is a living saint. If you have the privilege of shaking Nice Lady’s hand during the Sign of Peace, your hand will actually one day be deemed a second-class relic. Nice Lady always has an aura of sweet perfume, never gossips, and she has a warm spot for both the Chaotic Campbells and the Non-Nun (still to come). Nice Lady always talks to the kids of her fellow parishioners, and is incredibly encouraging. No one can readily tell, but Nice Lady secretly disapproves of both the Priest Groupie and After Communion Alex. She was once about to gossip, but instead smiled at them, and readily prays for them anyway. Nice Lady knows everyone, but is surprised when people remember who she is. Little known secret: Nice Lady actually introduced Single Samantha and Single Seth to each other (you will meet them soon). But first…

Watch out. If you value the condition of your soul: WATCH. OUT. If you thought that things were bad with the Starer, things just got a whole lot worse. If no other discerning feature gives her away, look for the shoes. Always the shoes. As her name implies, the Non-Nun initially bears the appearance of a nun, but she is far from it. At first glance, the Non-Nun is rather pious, but a conversation with her will not actually take place. Instead, she will scold you – her fellow parishioner – for not wearing purple during Lent. She will look down her nose at you for accidentally starting the Nicene Creed with “We” instead of “I.” If the Non-Nun is not in the front pew, it is because the Perfect Parkers arrived there first. In fact, the Perfect Parkers are sometimes [*sometimes*] spared a rebuke from the Non-Nun. The Inquisitors themselves would be fearful of the Non-Nun, and it is alleged that she has quite a bit of input to offer to Christ himself regarding how he really should have dealt with all those people. The Non-Nun reportedly smiled one time, but it was at the culmination of her expert assessment of a situation. Nice Lady devotes a decade of her daily Rosary to the Non-Nun, and hopes that they can one day be friends.

Single Samantha would be the perfect Catholic wife. She is considerate and thoughtful, to say nothing of her personal sanctity. However, Single Samantha has a big problem: she needs to start going to a mass other than the 7:00 a.m., because she never crosses paths with Single Seth (see below). Single Seth goes to the 11:00 a.m. since he stays up late on Saturday nights reading vintage classics from Chesterton and Benedict XVI.

If there are not guitars, liturgical dance, and the phrase “the Spirit of Vatican II,” then Vatican II Val is not there. The Starer actually witnessed Vatican II Val nearly convulse upon hearing a priest using Latin during mass. Vatican II Val bought Father a tie-dye chasuble, but was unable to give it to him after mass, because the Priest Groupie was talking Father’s ear off. 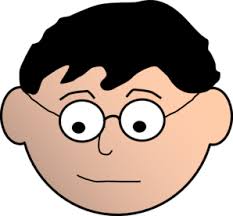 Lenny the Lurker is always… “right there.” He always finds a different pew to sit in from one week to the next. Lenny is misunderstood, because he is actually very pious, and he does not deserve to be regarded with speculation. However, Lenny the Lurker is always… just THERE. Unfortunately, people see Lenny for years without knowing his name (although Nice Lady knows his name, of course). Lenny is engaged to the Non-Nun’s sister, and the Non-Nun does not approve, because she once observed Lenny the Lurker genuflect on his left knee instead of his right.

Chatty Charlie cannot wait until after mass to share his gift of gab. At least the Priest Groupie waits until after mass to start the tongue-wagging, but not Charlie. No time is sufficiently sacred for Charlie to stop talking. Even during the Consecration, Charlie is speaking to anyone and everyone around him. Chatty Charlie is actually good friends with Lenny the Lurker, but Lenny has been distancing himself from Charlie of late, in order to polish his image. The Starer and the Non-Nun have an equal disdain for Chatty Charlie.

Thank you for bringing your own “personality” to mass. God thanks you for being there. No matter who you are, and whether or not you can immediately identify with one of these colorful “characters,” thank God that there is such a colorful cast in this communal liturgical life as we gather to give glory and praise to the Lord Jesus Christ.