7 Facts You May Not Have Known About Advent

In this season of Holy Patience, we reflect and wait for the coming of the Christ Child. This feast being celebrated on the 25th of December, has become a grand holiday loved by both Christian and secular peoples. The coming time of preparation is, however, a much lesser known aspect of this season. Often chocolate calendars, carols, holiday movies and the changing of the priest’s vestments are the only precursory changes that we notice. We all know of Lent, but what is Advent? What is it’s history? Here are seven facts you might not have known on the subject:

2. The first mention of a preparatory period before Christmas is in a canon of the local council of Saragossa, Spain (380)

It forbade the faithful to be absent from church during the three weeks from the 17th of December to the Epiphany.

3. At the Synod of Mac (581), in present day France, the season was kept as a period of fasting as strict as that of Lent commencing in some localities on November 11, the feast day of St. Martin

The fast became known as “St. Martin’s Fast” or “St. Martin’s Lent.” This fasting period said that on Monday, Wednesday, and Friday no one was allowed to consume meat, dairy products or oil.

4. In most Eastern Churches, the fast did not begin until the day after St. Philip’s feast day and the same strict fasting was kept as that in St. Martin’s Lent

This is the present liturgical pre-Nativity season for the East, and it wasn’t established until the Council of Constantinople (1166).

5. The Gelasian Sacramentary, a book on Christian Liturgy dating back to the 8th century, notes five Sundays for the season of Advent; these five were reduced to four by Pope St. Gregory VII (1073-85)

6. In England, especially the northern counties, an advent custom (now extinct) developed that was for poor women to carry round the “Advent images,” two dolls dressed to represent Jesus and the Blessed Virgin Mary

A halfpenny was expected from every one to whom these were exhibited, and bad luck was thought to menace the household not visited by the doll-bearers before Christmas Eve at the latest.

7. In Italy, during the last days of Advent, the Calabrian pifferari or bagpipe players come to Rome and play before the shrines of Mary, the mother of Jesus

The Italian tradition is that the shepherds played on these pipes when they came to the manger at Bethlehem to pay homage to the Messiah.

It seems that today, after many years, the idea of fasting another 40 days before Christ’s birth is no longer required. However, that does’t mean we cannot try it out anyway. So I challenge you, dear reader, to take on the “strict” observance of the old’n days. No meat, oil or dairy products on Monday, Wednesday and Friday. Offer your sufferings to the Christ Child, with the knowledge that His suffering is perpetual and the Eucharist is Life. 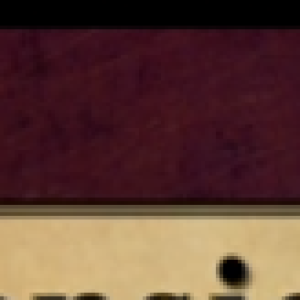 A student and brewer of beer.