On September 30, 2013, Pope John Paul II was canonized at St. Peter’s Square by Pope Francis, and it was a day to remember. John Paul II is one of the most beloved saints especially amongst younger, intentional Catholics and so many others. He is famously remembered for his 25-year pontificate, countless writings, and the collection of Wednesday audiences devoted to his counsels on human life and the dignity of the person, which has become widely recognized as the Theology of the Body. This particular piece by JP II has become a gigantic modern catechesis of the Catholic Church.

The feast day of St. John Paul II is 22 October. During the month of October, he is especially remembered for his life of prayer, sacrifice and for his various teachings and writings. In addition to his life, faith, and mission, there are many popular quotes by the saint. These quotes help us to recall the homilies, reflections, and papal writings of John Paul. Here are a few:

A quote on the family

“To maintain a joyful family requires much from both parents and the children. Each member of the family must become, in a special way, the servant of others.”

This quote speaks of love and service within the family unit in order to best love each member. Pope John Paul II was a pope dedicated to the family. He pointed often to the fact that without holy families, the church would cease to grow and to exist. This is a message for all of us today as the domestic church is always in need of prayer to stay close to the Lord each day. John Paul’s words on how to maintain joy within the family are of primary importance to all families both today and always.

“In that little host is the solution to all the problems of the world.”

In this time of rededication to the Holy Eucharist in the worldwide church, it is also a time to reflect on the words of JP II on the Eucharist. He knew the great power of this bread from heaven, and he called the world to receive Christ worthily and often. Pope John Paul II did not forget that firstly, he was a priest of Jesus Christ who offered the Holy Eucharist, and his words in this quote are a reminder. His words remind us of the awesomeness of this sacramental gift to the entire worldwide church.

“I plead with you, never, ever give up hope. Never doubt, never tire, and never become discouraged. Be not afraid.”

The shorter quote, “be not afraid” is the most popular quote of St. John Paul II. These words remind us that God is always with us. We have no reason to be afraid when God stands with us in faith. Toward the end of John Paul II’s life, the effects of Parkinson’s disease had caused him great suffering as he continued to serve the people. Even at the very tail end of his life, he made it a point to connect with his people. He wanted to let them know their shepherd was still with them and praying for the world. When he died, the world mourned, but his legacy of love, faith, and courage continues to live on.

We can intercede to St. John Paul II in modern times and for eternity as he continues to pray for each and every one of us from his heavenly home. There is a wealth of information on his life, writings, and wisdom. To learn more, go to Vatican.va.

Featured Image: Unsplash. Free for commercial use. No attribution required. 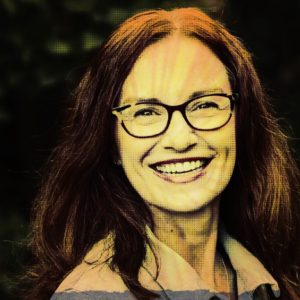 Anne DeSantis, MA Theology, is the Executive Director of the St. Raymond Nonnatus Foundation for Freedom, Family and Faith, a Catholic Author, Podcaster, and TV Host. She is a Wife, and Mom of two adult daughters, and a former homeschooling parent for over 20 years. Learn more about Anne at AnneDeSantis.com.