If you want a review in just a few words, then here it is: drop everything and watch this movie.

Ignatius of Loyola is a 2016 biopic, based on St. Ignatius’ autobiography, and directed by Paolo Dy and Cathy Anzana. Starring Andreas Muñoz in the title role of the beloved saint, it is being released by Ignatius Press Films.

You’ve got to see this epic and blood-moving trailer:

I like to think of this movie as a superhero origin story, in the vein of the many Marvel movies that have come out in the past decade or so. We aren’t given the triumphant evangelizer of 1540, full of the strength of God, who gathers men to him left and right. Ignatius of Loyola gives its audience a saint at his most human, fighting with opposing powers both natural and supernatural. It is a masterpiece of God’s mercy, of metanoia and the drama of sainthood. Spoilers ahead, so if you’re not familiar with the life of Ignatius and just want the basic facts of this great movie, skip on ahead to the end of this review.

The movie begins with a sword-making scene, which is meant to prefigure the creation of the saint. Visuals of pounding hammers, flying sparks, and a glittering blade set the stage for this visually stunning movie. The beauty is contrasted with the ugliness of our first meeting with Ignatius, or Iñigo: he is in bed with a prostitute. There’s no nudity, but this is definitely a very sensuous scene. Iñigo is selfish and vain. He dresses in sumptuous clothes, even in the middle of a war. He dreams of glory, fame, and winning wars (and the heart of a beautiful princess, played by the lovely Tacuara Casares.) When given the option to withdraw with his men from the battle, he chooses to sacrifice his soldiers to make himself look like a hero, claiming that they’ll learn what’s worth dying for. Ignatius places his own desire for glory over the lives of human beings. When offered the chance of Confession before battle, he replies, “by the time we finish, the war will be over,” with a laugh at the priest.

Inigo is not an evil man, not a murderer or a rapist. But his normal human sin is what is truly poisonous. Iñigo is extraordinarily proud, and it takes an extraordinary situation to break him down.

Iñigo’s infamous injury is incredibly hard to watch. This movie does not shy away from the darkest, most terrible depictions of human suffering, both spiritual and physical. There is blood, shattered bone, and the sounds of Iñigo’s screams while he’s surrounded by the corpses of his men. It is a mirror of his soul as he recovers. Perhaps better than any movie I have ever seen, Ignacio de Loyola presents a true-to-life depiction of depression and anguish, and the torment of a soul that feels trapped in a broken body.

I found myself crying as Iñigo is forced to limp with a cane, when once he strutted proudly on his own two feet. As someone who suffers from a joint disease and has had to make that same transition to using a cane, those scenes definitely struck a chord in me. It’s less humbling than humiliating to lose strength and to be forced by pain to sit still, when once you were wont to run and fence and be active. As Iñigo says during this sequence, “there is nothing more crushing to the spirit than the partnership of pain and boredom.” There are a lot of difficult truths presented in the suffering of Iñigo, and they, alone, would make this movie worth watching.

We follow Iñigo as he begins to recover, as he discovers the lives of the saints and the life of Christ. This, too, is handled beautifully. As his famous Spiritual Exercises teach, Iñigo sinks into these stories. Not merely reading about St. Francis or St. Benedict, Iñigo imagines himself conversing with them, learning from them. This movie has a great way of showing the action, not merely telling the audience about it. It’s a technique used by skillful storytellers, and it brings the audience into the work as nothing else could. At the 38 minute mark, Iñigo “asks” St. Francis of Assisi how he could possibly love the poor and the sick. St. Francis replies that, “you ask the wrong question, friend. How is not important. There is only why: because it is what my Lord had done.”

This revolutionizes Iñigo’s thinking. He begins to realize that to be a saint is a greater calling than to be a worldly hero and he sets out on a pilgrimage, evangelizing and illuminating everyone around him. A particularly beautiful scene has Iñigo ministering to a prostitute that he once used, who tells him that he is “the first person I have spoken to in a long time that does not just want me to get naked, then leave.” Where sin clouded his appreciation for the dignity of the human person, virtue clarifies it. He still struggles mightily with depression, and even thoughts of suicide, but slowly, he finds himself changing. He finds purpose in service, even the most menial and disgusting tasks. Ignatius of Loyola is proof that sainthood isn’t always easy and light. It’s tough, and many times, the saint does not want to do what is asked of him or her. But for love of God alone, the saint will do it anyway. Iñigo is a new man.

But the new man doesn’t expect what will happen next– after all, nobody expects the Spanish Inquisition. Iñigo and his few followers are thrown into prison while the inquisitors read through Iñigo’s Spiritual Exercises and his journal. They, and the audience, are treated to a look into Iñigo’s methods and the epic battles of his soul, including an incredible scene of the temptations he had toward suicide. Iñigo almost does not want to defend himself to the inquisitors; he sees martyrdom as a glorious and worthy end. But a priest reminds him that he has his men to look out for. In a beautiful reversal of his refusal to protect his men at the beginning of the movie, Iñigo chooses the humiliation of a trial over his desire for personal glory. As we all know, he survives the trial, and the movie ends as he begins his journey to Paris, where he will eventually meet St. Francis Xavier and his other companions, and begin the Society of Jesus. The movie has fit a lot of action in just over two hours of run-time, and this feels like a satisfying ending.

*End of Spoilers*
All you people who avoided reading spoilers (though, spoiler alert: Iñigo becomes a saint,) you can rejoin us now. The movie is beautiful, with scenes of action interspersed with beautiful natural scenes from around Spain. There is a good balance between fast-paced scenes and slow, sweet ones. The movie pays meticulous attention to tiny details, such as period-appropriate outfits and architecture. The color palette of the movie is rich and bright, as is the music by composer Ryan Cyabyab.

Unlike some Catholic movies, the writing and story are superb, and the actors deliver their lines passionately. What flaws I could see were minor, and do not detract from the excellent storytelling. There are two scenes of sexual activity, but no nudity beyond a bare male chest or two. There are also some scenes in a brothel, but all the actors keep their clothes on.  Gore is not everywhere in this movie, but the scenes involving the initial injury of Iñigo’s leg, and the subsequent surgeries, are very hard to watch if you have a weak stomach. Iñigo’s self-flagellation is also pretty bloody and disturbing. The devil appears and is really, really creepy (much like the depiction in the autobiography of Ignatius of Loyola). Iñigo says the word “bastard” at one point, but there are no other cusses. This movie would be fine for a teenager who already had an understanding of the Theology of the Body and was not afraid of gore, but would not be appropriate for young children. 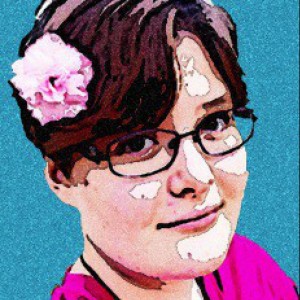