Usain Bolt, His Catholic Faith, and His Miraculous Medal

On the evening of Sunday, August 14, 2016, famed Jamaican sprinter Usain Bolt won gold in a characteristically dynamic and seemingly effortless 100-meter performance at his third consecutive Olympics, this time in Rio de Janeiro, making him the first athlete to win three consecutive Olympic gold medals in the 100-meter dash.

Bolt’s rocketry on this celebrated night follows equally impressive performances in Beijing in 2008 and London in 2012. There is little doubt as to why Bolt is easily regarded as the world’s fastest man.

However, perhaps not as readily in the spotlight is notice of Bolt’s deep Catholic faith. In August of 2012, in the days following Bolt’s participation in the London Olympics, the Catholic News Agency reported that the “Vatican invites Usain Bolt to address religious liberty conference.” The article mentions that “As a Catholic, Bolt is known for making the Sign of the Cross before racing competitively. He also bears the middle name [St.] Leo.”

In addition to his other inspirational outward signs of faith, more encouraging than Bolt’s hard-earned gold medals is that he wears an even more powerful medal: the Miraculous Medal, as promulgated by French Saint Catherine Labouré (1806-1876). By extension, as one awesome Redditor pointed out, based on Bolt’s wearing of the Miraculous Medal, the Blessed Virgin Mary is currently the most viewed woman in sprinting! This digression aside, the Miraculous Medal features an inscription invoking the prayerful intercession of the Lord’s Mother with these French words: “O, Marie, conçue sans péché, priez pour nous qui avons recours à vous” (“O, Mary, conceived without sin, pray for us who have recourse to thee”).

May that be our prayer as we ask Our Lady to draw us increasingly closer to her Son. You can learn more by visiting the site for the Chapel of Our Lady of the Miraculous Medal in Paris. 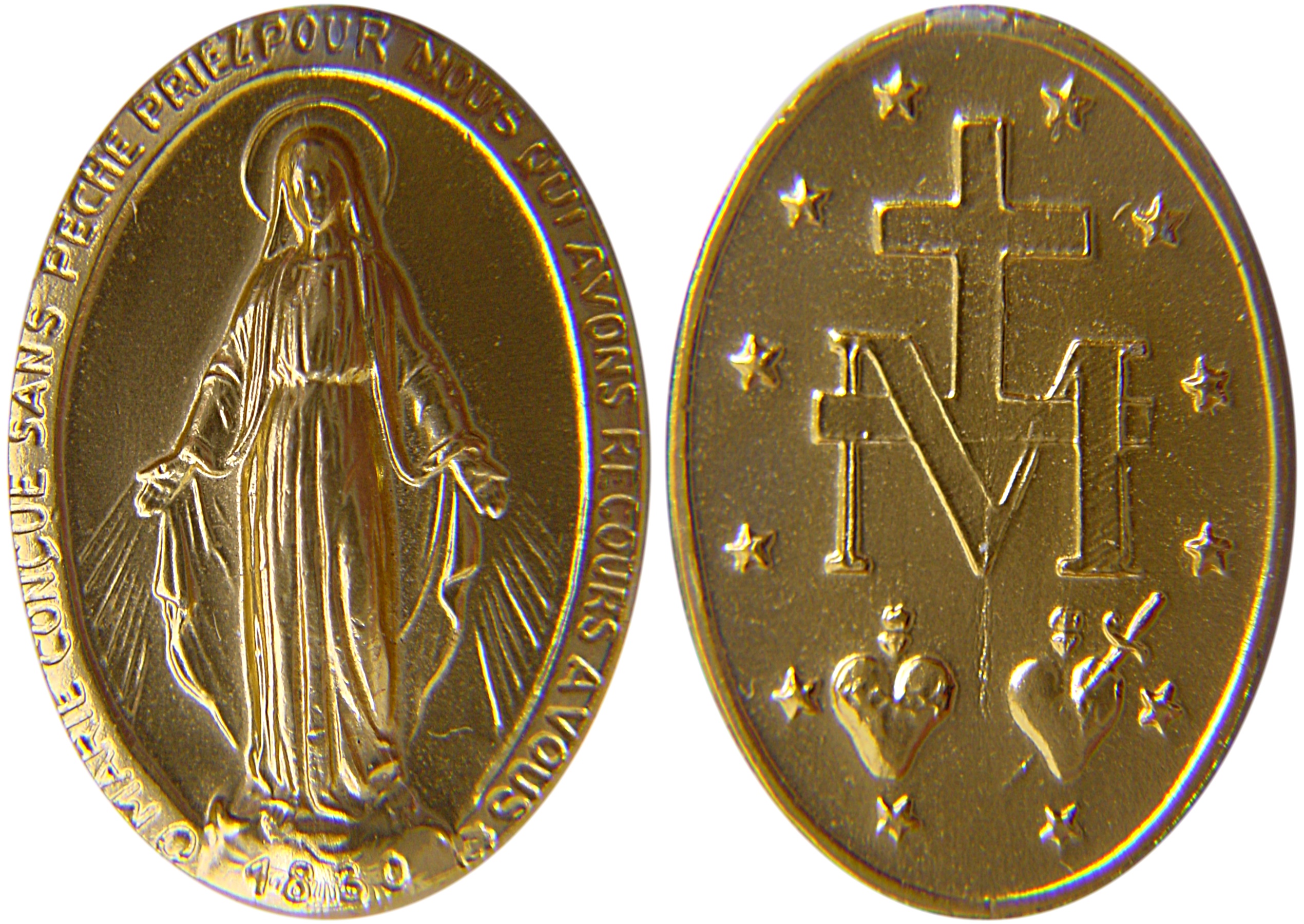 Usain Bolt is preparing to turn thirty years old on August 21, 2016, and in the full life ahead of him, he is sure to continue exhibiting his skillful athleticism. However, we should pray for him to continue leading others to Jesus Christ through the model of his faith, keeping in mind and heart the words of the monumentally courageous Saint Paul, as he wrote in his Second Letter to Timothy: “I have competed well; I have finished the race; I have kept the faith. From now on, the crown of righteousness awaits me, which the Lord, the just judge, will award to me on that day, and not only to me, but to all who have longed for his appearance” (2 Timothy 4:7-8).